NO to war, YES to diplomatic initiative 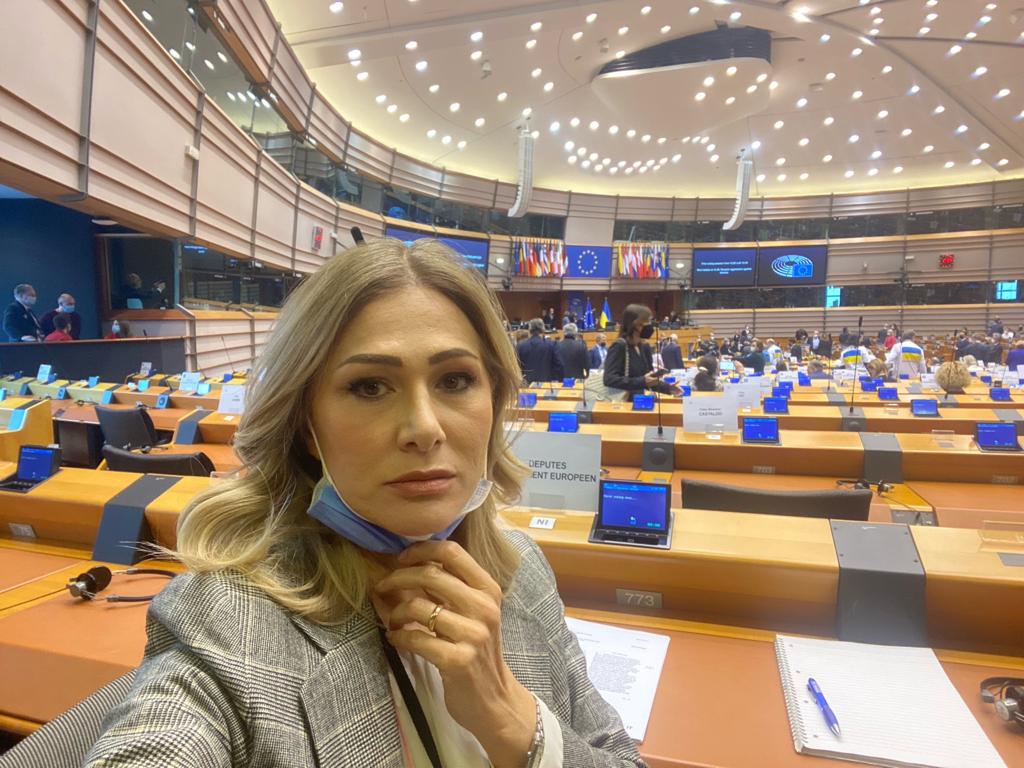 The European Parliament’s position today, in line with that adopted by the Commission and the Council, is meant to raise the level of confrontation between Ukraine and Russia beyond all limits currently possible, and to extend the conflict to all European countries.
The words used by Ursula Von der Leyen, echoed by statements made by Commissioner Borrell, by the President of the European Council Michel and by almost all Heads of Groups, contain statements that are partly not in line with the reality of the facts (such as “Putin simply wants Ukraine to cease to exist”) and are all aimed at promoting blind hatred towards the Russian Government and the Russian and Belarusian people in general, unless they explicitly renounce their own government by adhering to the version of events given by the EU authorities and media.
The EU also decided to use the European funds earmarked for humanitarian aid to buy lethal weapons such as missiles and machine guns, to be provided to the Ukrainian military and civilians (who are completely unprepared to use them), with a diversion of budgetary resources from their intended use without any legal basis legitimising it.
The entire import/export system between Europe and Russia will be blocked; ports and airspace closed; all investments and cooperation cancelled.
Financial sanctions adopted in partnership with the US include the closure of all relations between Europe and Russian banks; the seizure of all financial reserves of the Russian central bank from European banks; the exclusion of Russia from the SWIFT system of financial transactions, the launch of inquisitorial procedures against all Russian individuals and companies owning assets or activities located on European territory.
In addition, all media with direct or indirect relations with Russia are going to be banned, with the largest form of information censorship ever adopted in a democratic system.
We are faced with a genuine declaration of war by the European Union to one of the world’s major powers.
The EC President then turned to European citizens saying that she’s well aware of how serious and unprecedented these sanctions would have a negative impact on the economies of the Member States.
The economic damage that will be suffered by our countries will be huge, currently unquantifiable, and may lead to the collapse of the economies most affected by the measures against the pandemic, in some cases still in force, as in Italy.
However, UVDL said that she was confident that European citizens ‘will understand and shoulder’ this new wave of ‘sacrifices’ decided by Europe, in order to assert a matter of principle, namely that ‘freedom is priceless”!
Well, I frankly think that this statement is the height. The same voice as that which until yesterday promoted and implemented the most pervasive and severe restrictions on our freedoms, in the name of the need to defend the superior good of the ‘right to collective health’, now states the exact opposite, namely that our security, economic stability and survival can be sacrificed on the altar of freedom… in addition to a third country?
Do you realise the tremendous hypocrisy behind this statement?
The performance we are witnessing is the most dangerous to expect, and the attitude of the European institutions and leaders is an advent of unconsciousness.
Only a few Member States, such as Hungary and Slovakia, have indicated that they will not participate with their own resources in the supply of weapons to Ukraine.
On the other hand, Italy has already announced large military financing and mobilisations on the borders of the neighbouring countries of Ukraine and Russia.
It should be recalled that, as Ukraine is not part of NATO, no intervention would be required automatically by allies and that each member state participates in operations on a voluntary basis.
Our government chooses to stand for war. Any diplomatic initiative is set aside and overcome by the brake on demonising the Russian Government and excluding any objective analysis of what mistakes have been made by both sides in producing this situation.
Information from now on will only be that decided and disclosed unilaterally by the Ukrainian and European front, as in the most traditional regimes.
All Russians living on European soil will be exposed to prejudices, hatred and attacks for their mere nationality, and this fate will also affect European citizens who will stand in their defence or try to report facts or opinions that are not aligned with the propaganda of our institutions.
But those who will pay the highest price, if the line decided today is pursued, will be the people of Ukraine: an armed conflict covering the whole territory and the civilian population will result in a bloodshed and destruction of the whole country.
The saddle where we all risk precipitating is dark and very profound, only a miracle can save us.
At the very least, I hope that all European citizens who really want peace and believe in democracy and freedom will be able to speak their own NO to the war, to the escalation of hostilities, to the race to rearmament and to the final political and social tear that this written-off policy wants to produce.
I say my NO from today and I will continue to do so. No to war, YES to an immediate ceasefire and to any diplomatic initiative that can avoid a safe disaster. Let’s think over it, all of us.